A PhotoMozaix is one large image created from a collection of tiny photos. We take your images and create a memorable family keepsake your loved ones will enjoy for generations to come! PhotoMozaix are a great way to remember a special event or cherished family member.

PhotoMozaix is a product of PhotoVision, Inc.

PhotoVision is an innovative company that has led the way in new products created from photos in our new digital world. Having served millions since 1999, we strive to provide the best products, customer service, and reasonable prices for our customers.

We serve consumers to preserve their precious memories by making products that tell a story about a person’s life, special event, or once-in-a-lifetime travel experience.

You can trust your memories with the professionals at PhotoVision. 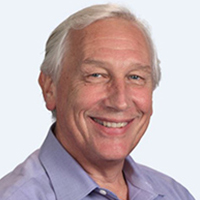 Always having a passion for photography, Dave began his career as a news video/film photographer in Charlotte NC. After graduating with a BA in Business Administration from UNC Charlotte’s Belk College of Business in 1977, he pursued his passion with the nation’s largest portrait photography company. He served in operations, research, marketing, and advertising. In 1985 he co-founded CVS, Inc. which was a video transfer company serving a national market through Sears. Later his business partner Ed Tepera developed the very first computer generated photo-to-video montage. The company put their new invention in 45 Wal-Mart stores primarily in the southeast. It was there when he discovered the powerful emotional response people have seeing their photos come to life on their TV and has focused on this niche ever since. This business was sold in 1995 to American Studios. He bought back the assets and trademarks and started PhotoVision Inc. in April 1997. Since then Dave has guided the company through the never-ending technological changes in photography and video that have occurred, and has created new markets and products offered to groups and individuals through a variety of industries. He has been fortunate to find creative and intelligent talent, who share the same vision and are the backbone of his passion….saving and creating keepsake memories for families.

Dave enjoys his family and friends, golf, the Panthers, Hornets, and travel. He and his wife of 44 years have been blessed with two children and now have two grandchildren. 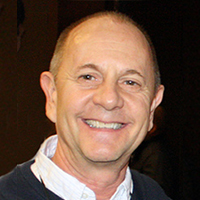 John started his sales career at PhotoVision back in January of 1999, after being in outside sales all of his life. A trip to St. Maarten in the summer of 1998 with his wife Lee and good friends Dave & Wrenn Martinson set the stage for what is now called “Group Travel Videos”.

As an avid photographer, Dave was taking pictures during their vacation. The idea of “creating a video” of their trip was brought up one day while sunning on the beaches. Martinson owned a video production business and had developed a program of using still pictures to make videos with music and special effects. They gathered their favorite 150 printed pictures, dropped in some island music, and the first Group Travel Video was created. When watching it, it was if they were back in the islands relieving their vacation all over again and it literally brought tears to their eyes. Lights were flashing with ideas as they felt this would be a perfect product for the travel industry.

In late 1998, Dave met with a local travel agency and offered to do a test for a 6th grade class traveling to DC. A few weeks later, a call from the agent confirmed their hunch as both the teacher & agent flipped when seeing the finished product. John was on his way to FL for a national sales meeting when Dave called to share the good news. He’ll never forget the call when Dave said “we have something here” and offered him a sales job. Three weeks later John joined PhotoVision. “It was without question the best move I’ve ever made” and he has never looked back. It took a few months to develop the correct formula but they still remember the response they heard from tour operators after their first travel convention saying “what a fantastic idea”. They still hear those comments today 19 years later.

Say’s John..”follow your dreams, take chances, believe in what you do and you and the people around you will be successful” John has been married for 39 years to his wife Lee and they have 3 kids, Chris, Mark & Erin and granddaughter Camille. He enjoys following The Carolina Panthers and Charlotte Hornets, and of course trips to St. Maarten. 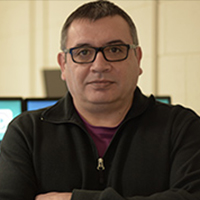 Alex has been working in the video industry his entire career which started in 1981 in Mexico City as a producer for government special events for radio and TV broadcasts. He attended California State University and the University of Austin Texas to learn English and to hone his skills in audio and video production.

He joined CVS Inc after moving to Charlotte in 1989 and worked in various operational capacities including technical design, equipment repair and maintenance, including supervision of a large video transfer production staff. In 1995, he became a proud citizen of the United States, but shares the pride for his native country of Mexico.

A few months after PhotoVision began operations in 1997, he joined the company as the key technical director, and is currently the VP of Production for the Company. He shares the passion of photography and producing memories for our customers.

Favorite interests are golfing, soccer, and the professional sports teams in Charlotte, the Carolina Panthers and Charlotte Hornets. He has two smart and beautiful daughters who live in Charlotte close to home. 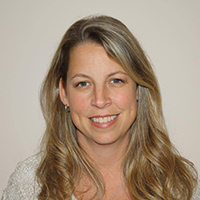 Sherri graduated from Wingate College in 1994 with a bachelor’s degree in Business and a emphasis in Accounting.

Sherri was one of the original employees in 1997 and is one of the owners. She ran the accounting department and was our retail store manager in the beginning years of PhotoVision, Inc. In 2004, Sherri took a break from the professional world to become a mom. It was not long before she returned to managing the accounting and oversee the day to day operations. After being with the company for over 16 years, she provides critical controls required to make an efficient operation that touches all aspects of the business.

In her spare time Sherri enjoys spending time with her husband of 17 years and her two boys ages 11 and 15. Cooking, couponing, photography and watching her boys play sports are also some of her favorite pastimes. 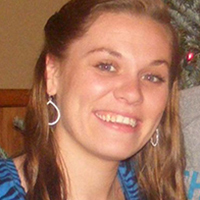 Katie is one of the youngest members of our team. She joined PhotoVision as our shipper in 2012 soon after graduating from high school. A rare find, her work ethic and unique ability to multi-task has made her one of our key ‘go-to’ team players. Her responsibilities include customer service, quality control, duplicating, receiving and shipping. Katie is also very passionate about creating memories of a lifetime for our customers, and this is clearly evident in everything she does.

In her spare time she volunteers for the Mitey Riders, a local non-profit therapeutic horse bask riding program for disabled children. Katie also enjoys riding Horses, playing a round of Disc Golf, going hunting, spending time with family and friends, and of course, is a Carolina Panthers and Charlotte Hornets fan, too! 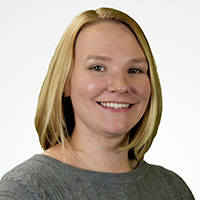 Hannah joined the PhotoVision team as retail marketing coordinator in the summer of 2016. She now uses her stellar interpersonal skills managing our customer service department, as well. She truly enjoys helping people preserve their memories for a lifetime, and it shows in the personal attention that she gives each and every customer she interacts with. She considers the challenge of coming up with new and exciting marketing ideas one of the most rewarding parts of her position here at PhotoVision.

An avid reader and student of life, Hannah is on a constant quest to share what she learns to improve the lives of others. When she isn’t helping people to preserve their memories, she enjoys spending time with her partner Will, their 3 year old daughter Flora and their ginger cat Prince Harry. She spends her off time writing, cooking, working on her one-hundred-year-old house, and going on day trips. 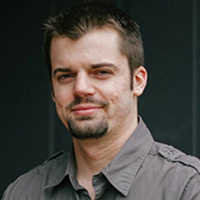 Clint has always had a passion in the photography and film industry. He began by making short films of his own at a very young age, and getting involved in the independent film community. He continued his studies of film production as a native of Virginia at NOVA. Once he relocated to Charlotte, NC he continued his education at Central Piedmont.

It was shortly after that he joined PhotoVision in 2006 working as a seasonal editor & in shipping, quality control for the group travel business. He is currently Manager for our retail arm of the company, Create A Video. . He specializes in producing promotional videos as well as capturing the memories of our customers from video transfers to custom video montages made from photos.

In his spare time Clint enjoys outdoor activities such as hiking, camping and fishing with his wife Rachel, family & friends. 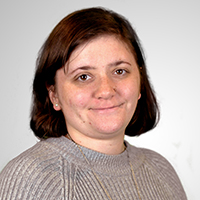 I have always been drawn to the creative field, as I am fascinated by the technique of animated movies and the video editing in documentaries. From a young age, I was either plastered to the screen watching a Disney film or drawing characters to fill my own fantasy world in my head. I decided to pursue the creative field professionally and graduated from UNC Charlotte with a Bachelor of Fine Arts in Digital Media in 2018. I came here as an intern, and after graduation I have started my career here. My passion for animations and video editing is fun, especially in creating keepsake memories that are priceless for our customers. Outside of work, I enjoy fiber arts, reading and collecting things, such as coins and stones.

“Thank you for a picture that took a lifetime to create and can be enjoyed for a lifetime more.”

“Thank you for the beautiful PhotoMozaix of our wedding pictures. What a lovely reminder of our special day!”

“Excellent! I was very impressed on how the final product came out. Very professional, would highly recommend.”